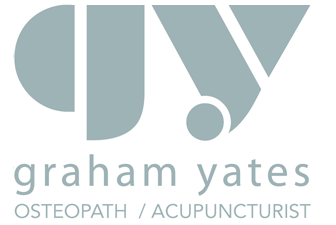 For anyone who has developed a meditation practice on a fairly regular basis, you will probably have noticed some subtle changes in how you engage with the world and others.

This might be the fact that you react less to events that would normally upset you. You appear to have a little more time to consider things. Your family and friends might also notice a gentler side of your personality. Perhaps you sleep better and tend to ruminate less on events than usual.

These changes in “states” are due to alterations in your physiology bought about by the fact that you are calming the nervous system, going from a tendency to be in a sympathetic mode- your fight/ flight/ freeze response, to a more parasympathetic- rest and digest mode, when the system feels safe enough to relax and calmness ensues. If gaining nothing else this will be of great benefit to your health and relationships and will be worth the hours spent on the cushion. These same responses can also be gained from other behavioural techniques like hypnotic relaxation, autogenic training, progressive muscular relaxation and even breathing slowly and rythmically.

However,there are many other benefits of mindfulness training beyond this, such as compassion and loving kindness,but I want to consider a deeper level  from a Buddhist perspective, and that is to recognise “not- self” (anatta).Buddhism teaches that we mistakenly believe that we are separate from everything else. I would like to talk about this in this blog and build up layers of evidence that shows “not-self” has scientific validity.

For there to be “something”, there has to be a distinction between that something and everything else. If there were no boundaries there would be nothing.We have skin that gives us a physical separation from the world, but we also have a mind that works constantly to remind us that we are us. In the early days of FMRI scanning, a tool that allows neuroscientists to study the brain in real time, they used to ask patients to think of nothing, in order to compare what they were seeking to study against a still brain/mind. What they found however was when asked to think of nothing the FMRI would show the greatest increase in activity,with increased blood flow,showing increased energy consumption, therefore it was working harder. This includes an circuit of the brain called the “default mode network” (DMN), which has vast connections throughout the brain.One of its roles appears to be to give us a sense of “me-ness”.

Why do we need a “me” area?. Well our brains being encased in darkness (the skull), rely on our senses to give it information about the world in the form of electromagnetic waves, that are “out there” and are turned into electrochemical signals in the nervous system. The brain then judges as to the meaning of these waves having already made a guess as to what it might be, based on past experience. It then lights up the world for us and ultimately allows us to engage with it in a safe manner, thereby allowing us to move towards our goals i.e seeking food, a mate or shelter. These senses are not just sight, hearing, smell, taste and touch, which neuroscientist Antonio Damasio states are the origins of our emotions, but also our inner world- information about the state of our body, known as interoception- our gut,lungs,heart and muscles (pain)etc, which Damasio states is the origins of our feelings. Indeed emotions and feelings are very old systems built into us so as to give us a quick snapshot of what is out there, or in there, and how we need to respond to it. It helps keep us safe and ultimately alive.

So it is adaptive to have a sense of self and we cling onto it for dear life. Even when the brain is supposedly resting it appears to be actively reminding us that we are separate from everything else- that we exist. It is believed that fifty percent of our waking hours are spent mind wandering, mostly about possible future events, but also ruminating about the past. Often there is a lot of nonsense that comes up and it’s purpose might be seen as keeping the machine ticking over. Long term meditators have been shown to have quiet DMN’s, therefore have a looser sense of themselves presumably.Chronic pain has also been shown to disrupt this circuit.

The physical body is made of atoms and molecules that are basically recycled.You are made of such things as recycled trees and star dust from the big bang (eg hydrogen). Most of an atom is space and I once read that the hard structures that make us up could be fitted into a one centimetre cube- like a fly in a cathedral.The rest of us is space. Weirder still atoms are not alive, but once we get to a cellular level things become alive. We are also being constantly broken down and rebuilt all the time,and although the idea that your cells are completely replaced every seven years is a myth, many cells are being replaced at fast rates in our bodies. We also carry around forty trillion bacteria in our gut,which are more numerous than cells in our body and we generally live in a helpful (symbiotic) relationship with them. The more we learn about the microbiome, the more we realise how it influences our (gut) feelings,thinking, emotions and behaviours and can even be the source of neurological diseases such as Parkinsons.

The Buddha was never really saying that we don’t really exist and life is just an epiphenomena- although there are philosophers/ scientists who do believe in this concept.In fact anatta might better be defined as impermanence. He taught that the soul was in constant evolution, that the you as a child is very different from the you of today. We form new opinions, have joy and suffering which shape our relations to our world. It is seen to be a liberation to loosen this sense of ourselves. We no longer need to be worried about our thoughts if we can realise that they are not really “us” but created to guide us to make decisions that help our gut bacteria or are trying to help us stay safe, or use energy as efficiently as possible.Psychologist Barbara Fredrickson suggests our thoughts are three to one negative to positive as this is more likely to keep us safe. Natural selection does not care if we are stressed, anxious or sad. It’s job is simply to keep us alive long enough to pass over our genes.

So if we give up our sense of permanence of self and become as stated at the start nothing, why would that be useful?. Well for Buddhists it reduces suffering and ultimately leads to an awakening, that stops the endless cycle of death and rebirth. But another way of looking at it is if we lose our sense of self, instead of becoming nothing  we become everything, for that is where we came from. It also teaches us to look after the world as we are not just acting upon it but we are it, having borrowed all the building blocks from it and give them back at the end of life.